This website is an informative guide and is not sponsored, endorsed, associated or affiliated with the Official Administrative Authority of the Benito Juarez International Airport, and visitors wishing to reach the official site should visit aicm.com.mx

Information provided by third parties and subject to change without notice. Aeropuerto-mex.com is not responsible for any error, modification or omission of data that may have been made. The Mexico City airport (IATA: MEX) serves the metropolitan area of the capital of Mexico, with a large number of flights to the entire country, international and intercontinental. It is also a point of connection between Latin America, the United States and Canada. During 2021, 36 million passengers passed through the airport. It is located 10 km east of the historic center of Mexico City. (SEE MAP).

The airport has two terminals (T1 and T2) open 24 hours a day, 2 km away and connected to each other by an Aerotren (exclusively for passengers with boarding passes and crew members) and buses for the general public. See connection between terminals . Most of the airlines operate in T1. T2 is used by AeroMexico for all its operations in addition to Aeromar, Copa, Delta and Wingo.

In turn, there are capsules of izZzleep . On the upper floor of T1 and the ground floor of T2. In the surroundings you can find other alternatives, most with counters inside the terminals and transfer services for their guests.

Search for a Hotel within the airport or nearby

Taxi counters are located near the arrival halls and in the ambulatory area. Estimated rates: Historic Center (Zocalo) Between 250 and 300 MXN. Uber and Cabify are available and at a much cheaper price (between 130 and 170 MXN). LEARN MORE

Intercity buses depart from both terminals to various cities in the country.

Line 4 of the Metrobus connects the airport with the historic center and other points of interest such as: Museum of the City, Paseo de la Reforma, Fine Arts, among others. It has stops in Terminal 1 at gate 7 and at gate 2 in Terminal 2.

There is a hotel transportation service (Shuttle), which provides its service at gate 4 of Terminal 1, and in Terminal 2 you can request this service at the premises of each of the hotels on the ground floor. LEARN MORE

Next to Terminal 1 of the AICM, on Boulevard Puerto Aéreo corner with Av. Capitán Carlos León González, is the Terminal Aérea station of Metro line 5, which runs from the Politécnico to Pantitlán stations. LEARN MORE

There are several VIP lounges at Mexico City international airport. Most of them are in the Terminal 1, although the T2 also has Vip lounges - GET PASS VIP

There are 3 parking lots: In T1 two (national area and international area) and another general in T2. All have camera security systems, toilets, elevators, a check-in area as well as free transportation in mini-vehicles between the car and the entrance to the terminal, for people with disabilities, the elderly and pregnant women. LEARN MORE

Save money. Book in advance

Search for accommodation near the airport 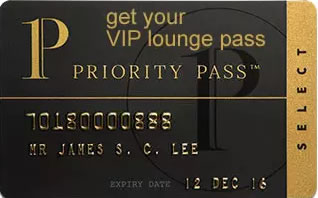